From cosy beachfront tavernas and bakeries to gourmet restaurants serving international cuisine and street food carts, Mykonos pleases your palate with a large array of tastes and flavours. Locally produced, delicious, and, most of them, made from organic ingredients, you have the chance to treat your taste buds with mezedes (appetisers or small dishes served before a meal), such as succulent Louza sausages, piquant Kopanisti cheese, and many more. Here are the top 4 traditional Mykonos dishes you definitely need to try out while vacationing in the Island of the Winds! 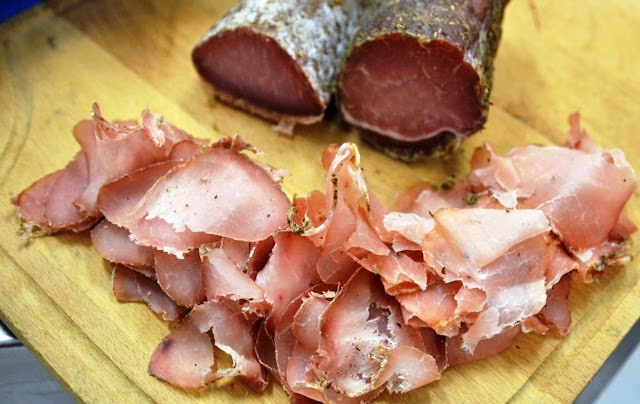 Louza is a local meat product (sausage) made from Mykonos pork. To make Louza, only the best pork fillet is selected, which stays in salt for 24 hours. After this short brining-like process, the tenderloin is immersed in boiling water for a few minutes (no more than 20 mins), and then seasoned with pepper, salt, oregano, and other spices. The final step involves leaving the fillet in the sun to dry. Louza has much less fat and a higher lean meat content compared to other meats, which is part of it being so beloved among locals and visitors alike. It is served in paper-thin slices and accompanies ouzo, tsipouro, or raki. 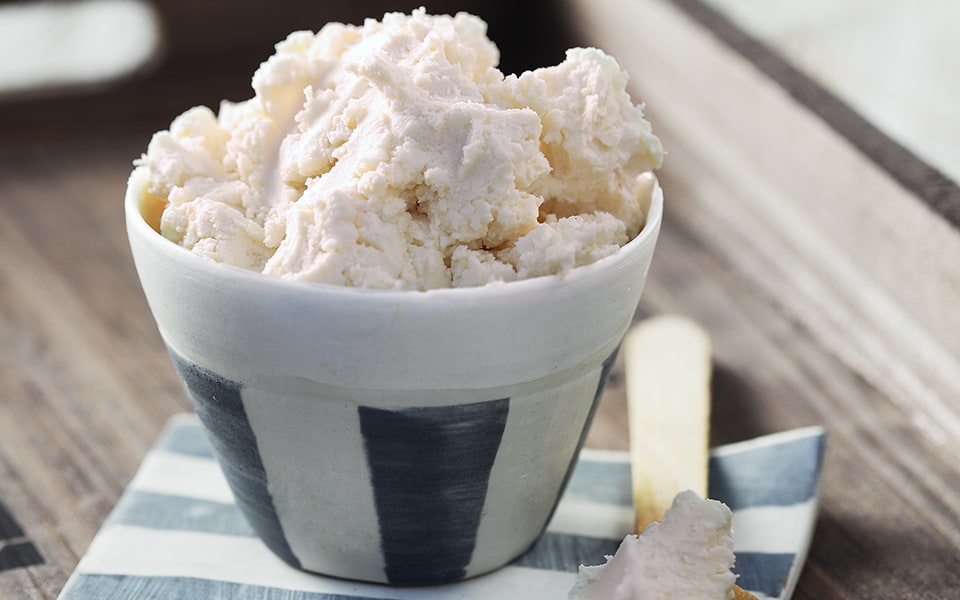 If you are a fan of cream cheese and spicy flavours, then do order Kopanisti next time you decide to grab a bite at a seaside tavern. Kopanisti is made from goat milk (some makers prefer to use cow milk instead) and is a product of fermentation. The end product has a heart-filling creamy texture and a rich essence. Expect a strong tingling sensation as it melts inside your mouth, as the aromas and spices free themselves and create a hot culinary experience for you. You will see it served on wet rusks, often topped with olive oil and tomato. Don’t be surprised if you hear locals call it Mostra with Kopanisti! It is their own way of referring to this yummy accompaniment to local drinks!

If you don’t fancy the spiciness of Kopanisti, you can certainly try Tirovolia cheese. The early phases involved in the making of Kopanisti result in a soft, white cheese that is not as tangy or peppery as the final product. This cheese is called Tirovolia and is the primary ingredient in traditional cheese pies.

For a more sour, fragrant, and fruity cheese alternative to Kopanisti, do get a piece of Xinotyro (traditional sour cheese). It is pretty much like traditional Greek feta cheese, only tougher as it rests in the sun for more time. Besides a palatable side dish, it also makes a perfect addition to pasta and sauces!

Kalathaki – As Sweet as an Almond Cake! 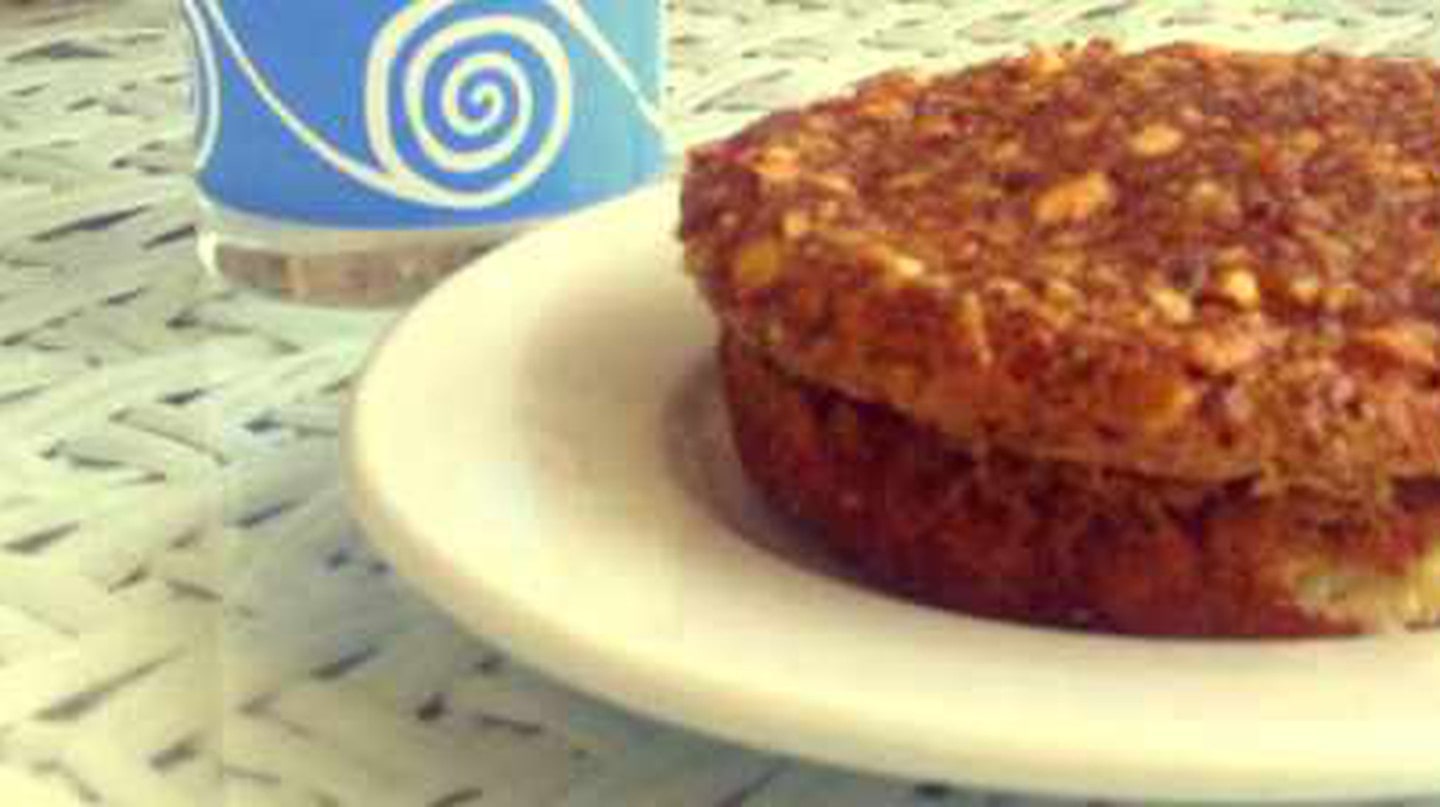 Islanders living in the Cyclades are incredibly fond of marzipans and almond cakes, which have found their way in the local traditions, one way or another. Going back several hundred years, sweet cakes (aka Sunday Sweets) were a primary food item made with any raw material one could find on the relatively barren island, such as almonds, eggs, butter, flowers, and cinnamon (growing produce was challenging at that time due to the island’s morphology). Don’t be fooled by the short list of ingredients, though. Kalathaki and other sweet cakes are all exceptionally rich in flavour. You can’t miss them as you go past pastry shops and bakeries throughout Mykonos – their aroma can fill the streets of an entire city!

Kremidopita – The Most Finger-Licking Onion Pie! 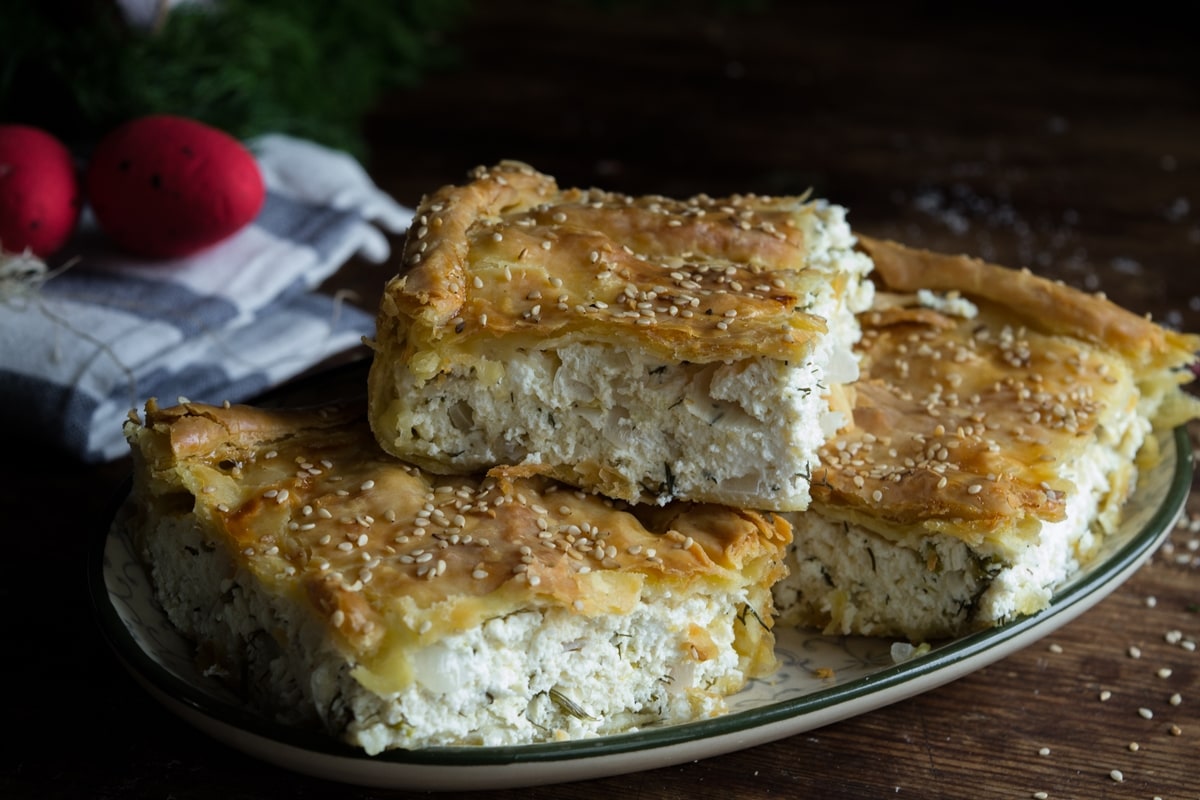 Made with tirovolia and, well, lots of onions, Kremidopita is one of the most famous Mykonos food products. For many visitors, it is love at first sight (in this case, bite!). The sweetness of the onion comes to balance the sharpness of the cheese while the dill and other aromatics create a pandemonium of tastes. Fluffy and thick, hand-made pastry sheets envelop the toothsome pie, which is found in almost all houses across the island. The friendly and hospitable locals may as well treat you with a slice or two! 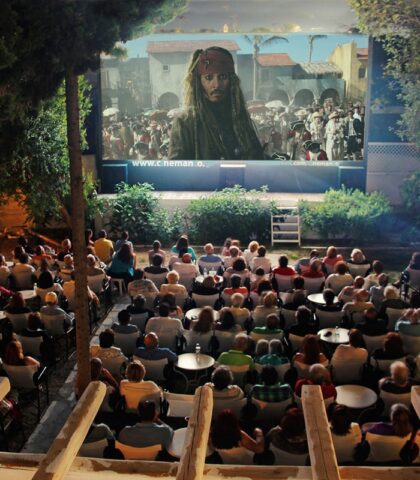 Cinemanto: The Magic of an Open-Air Cinema in Mykonos 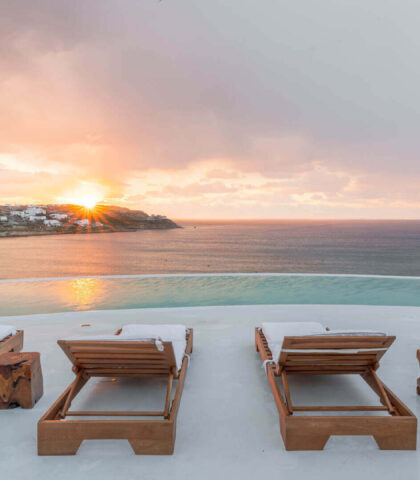 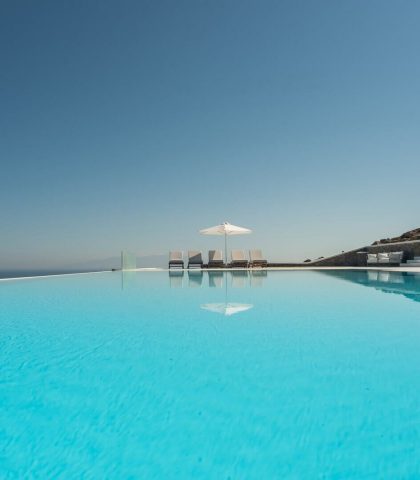