Mykonos, Greece. Each year Mykonos Beach Bars parties get even better and better.

It seems as though beach clubbers’ radar search for a new island somewhere to be championed as “The New Ibiza.”

One name on the tip of many clubber’s tongue? The Mediterranean Island of Mykonos, Greece.

Nestled on the centre of the Aegean Sea, Mykonos is the island that has been hailed as a Mediterranean paradise for wealthy Europeans for decades.

Known for its beautiful vistas, crystal-clear water, and blistering rays, Mykonos island has garnered a reputation as a must-hit beach bar party spot.

Years ago, the seeds of what would become the hub of Europe’s largest party spots were planted.

Mykonos is transforming as the clubbing Acropolis of the world, both among the seas of tourists touching down every night and the DJs playing there night by night and year by year.

No summer’s an exception, and not even the looming Greek financial crisis could turn down the island’s carefree party vibe.

For six weeks from the end of June through August, dance music’s biggest names arrive to the decks seven nights a week for parties that run from mid-night until well past sunrise.

Mykonos: the Clubbing Acropolis of the world 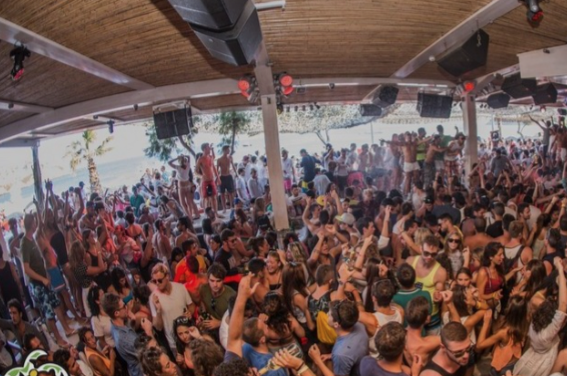 The strength of the lineup in every Mykonos Club is apparent from even a cursory glance, but don’t let that fool you into the believing that the clubs’ lineup is a simple cash-grab to simply book the biggest names to cater to the lowest common denominator.

The authenticity of the Mykonos Beach Bars in the dance realm is paramount, striking a balance of talent that’s recognisable to the island’s vacationing tourists as well as the discerning electronic music aficionado. 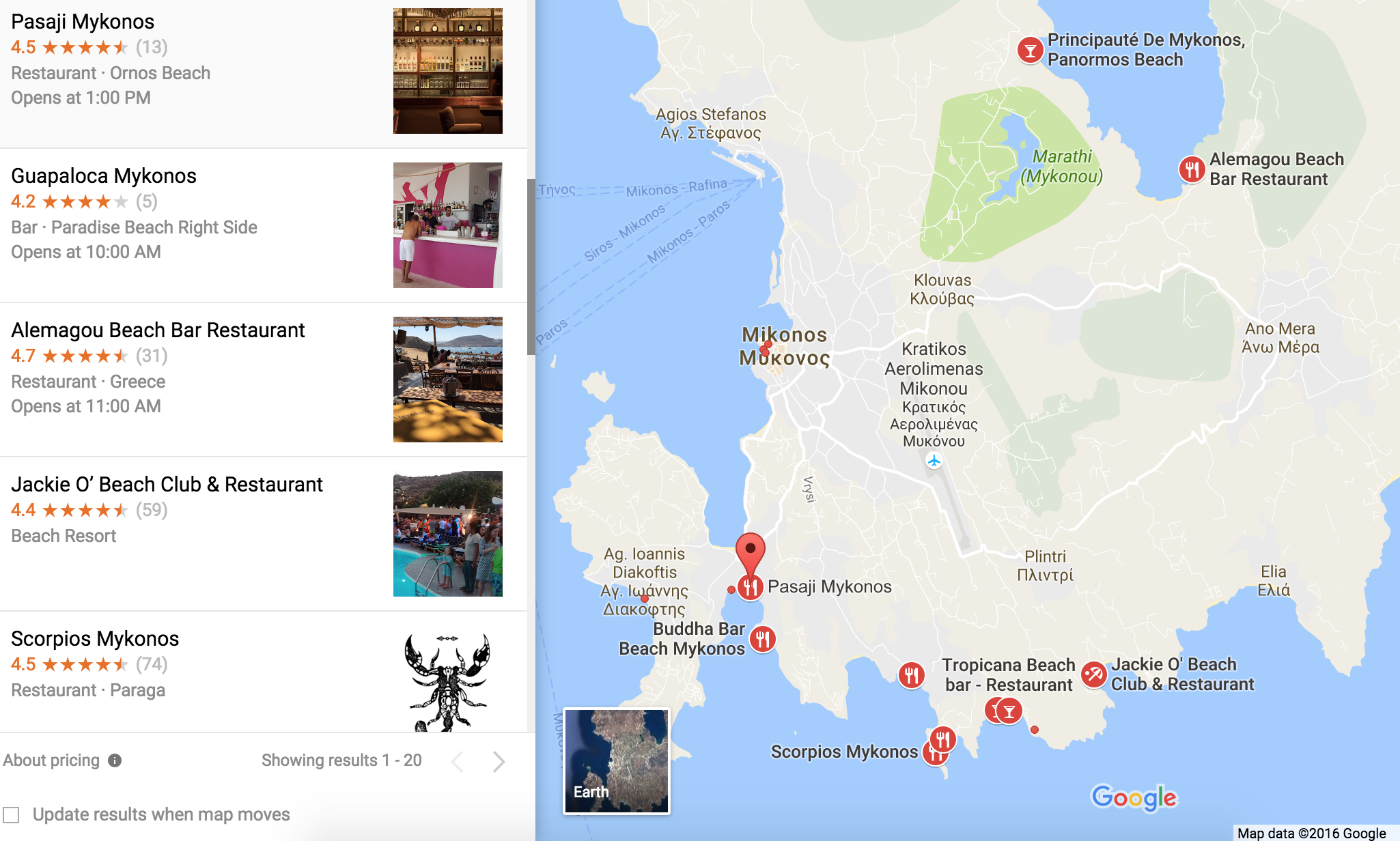 If the scenically jaw-dropping plane ride to Mykonos doesn’t seem like it’s straight out of a James Bond film, the stunning ride up to the club’s perch on top of a sea cliff certainly will.

Whether you’re in a car or whizzing around the endless rocky hills on a Vespa (like most visitors), the trip over to Mykonos Beach Bars is a scenic trip in and of itself. 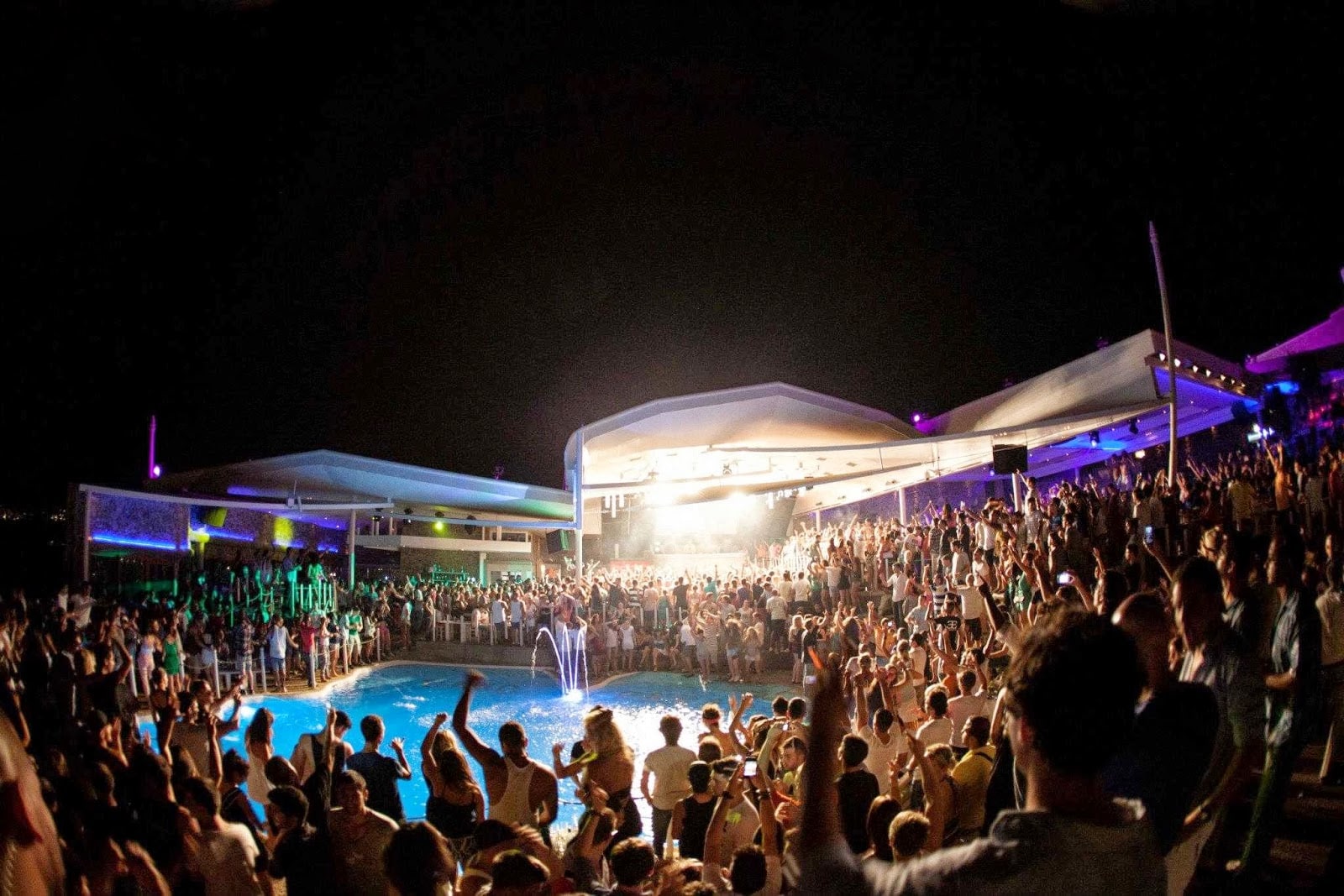 It’s no exaggeration that your first few moments walking into Mykonos Beach Bars will surely leave you gobsmacked. What’s so majestic about Mykonos Beach Bars, though, is how it manages to incorporate the island’s natural beauty and magic into its design.

All Mykonos Beach Bars locations give guests a direct view of the Aegean Sea’s otherworldly blue hues while they dance the night—and morning—away to their favourite DJs.

However, what’s most important in Mykonos Beach Bars is the co-existence of high quality sound systems full of technical bells and whistles with jaw-dropping surroundings in an overall salty environment.

The magic of partying late enough to be able to see the sun rise from the horizon—a common occurrence at Mykonos Beach Bars—is so indescribably magical that it simply must be experienced by anyone who can make the journey. 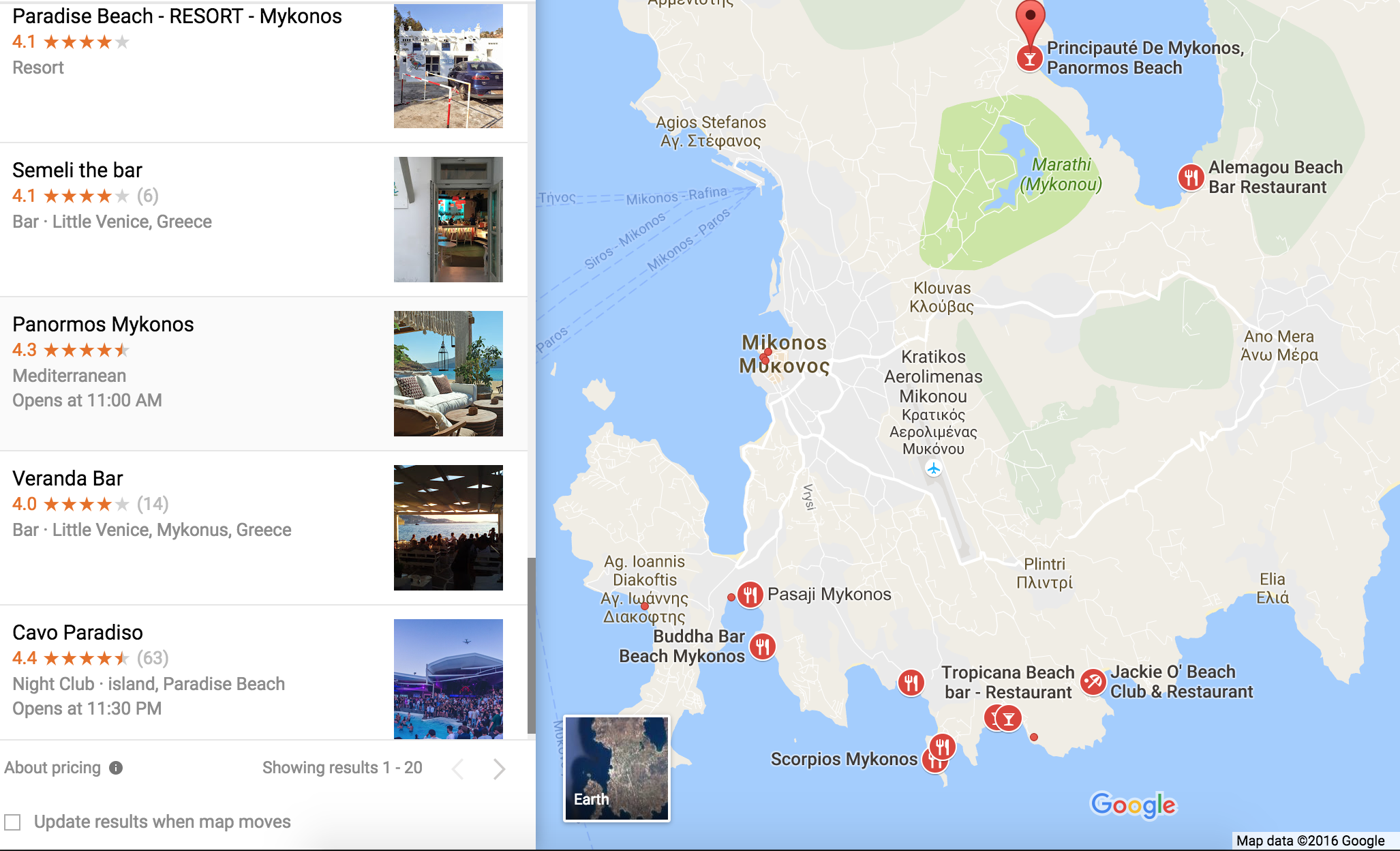 Is Mykonos the next Ibiza? Probably not, nor should it aspire to be.

The intersection of party-hungry tourists and Mykonos Beach Bars seasoned teams has created a phenomenon unlike any experience offered in any mega club in Ibiza, with an intangible element that turns a night out into something supernatural. 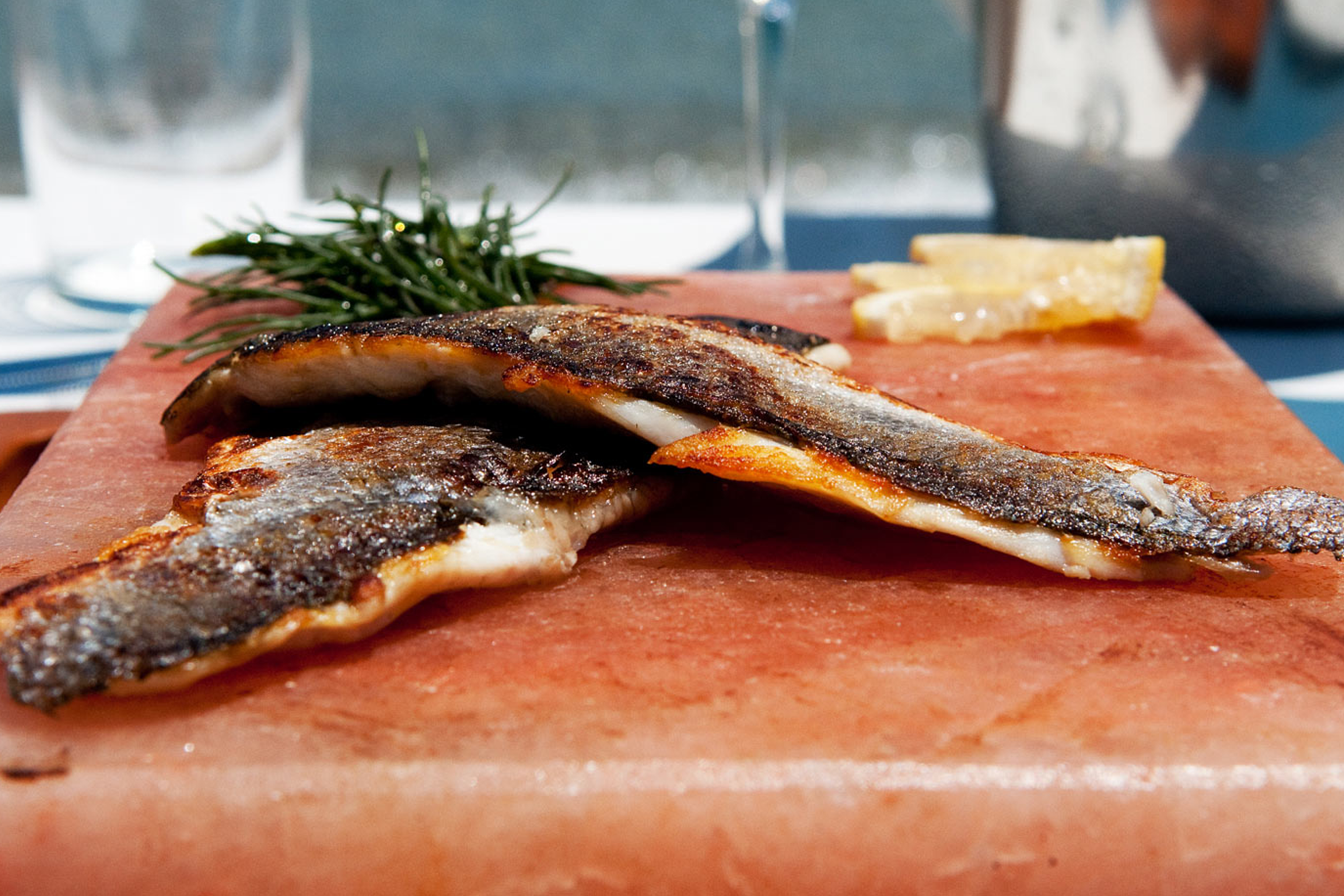 Whether it’s a stag or hen weekend, or just a fun vacation with friends, if you plan on partying all night then these Mykonian villas for rent will be the perfect abode for you.

Enjoy VIP tables at the best clubs and restaurants in Mykonos-Greece, pick up and drop off from/to the Mykonos National Airport, an hour-long welcome massage session, villa pre-stocking service as well as a welcome package of wine and snacks on your vacation. 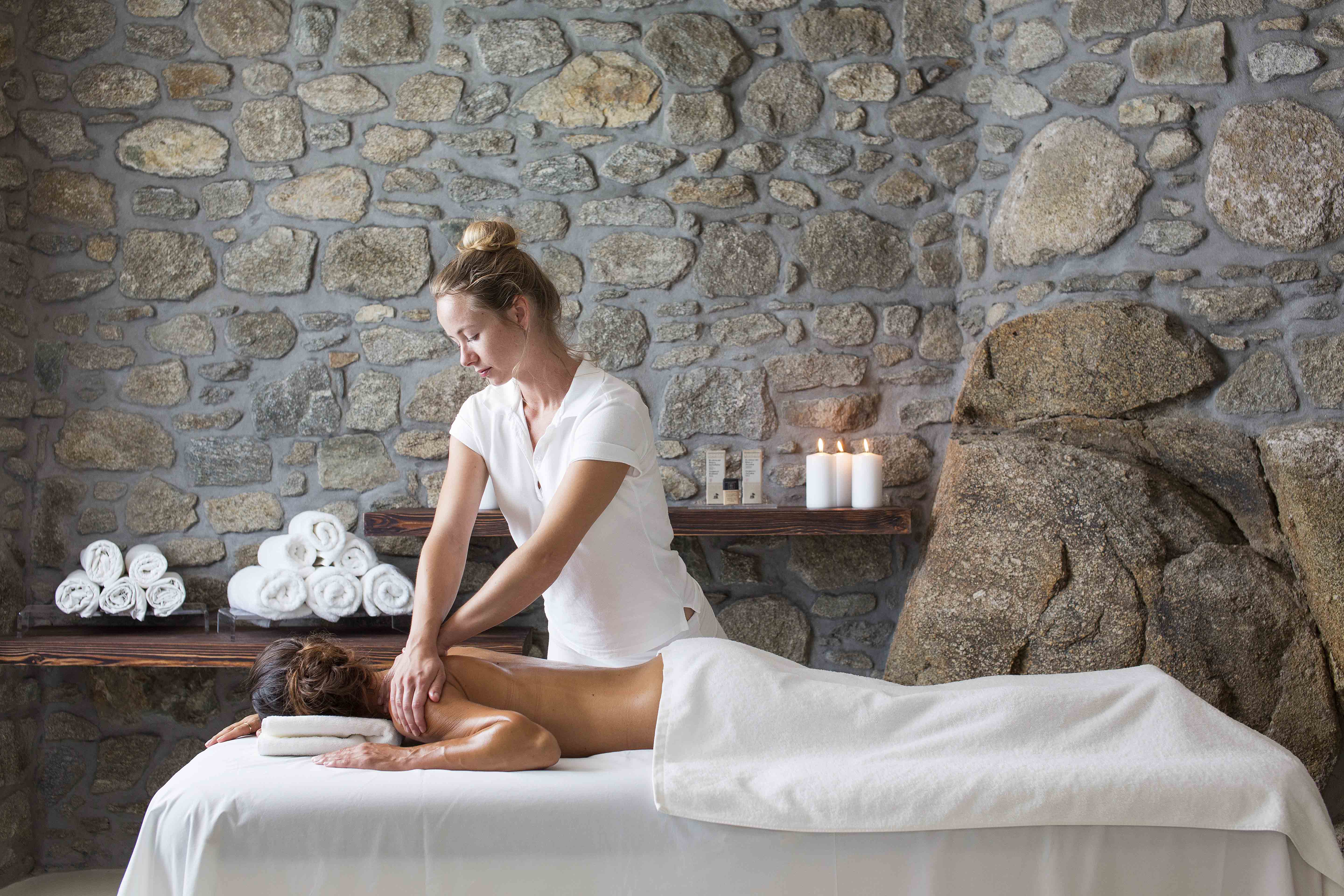 Book a week’s worth of stay, a boat trip to the nearby remote islands of Delos & Rhenia and your transfers with Kinglike Concierge “Mykonos extravaganza” Clubbing Supreme Vacation Pack, and get the above premium services for FREE!

DON’T stare, look; even when wearing sunglasses DON’T run, walk; sand is a tricky terrain
DON’T book all your club tickets in advance DON’T dismiss package holidays
DON’T arrive at clubs when the doors open
DON’T feel like you’ve got to go out clubbing every night
DON’T selfie all day and night long
DON’T wear swimsuit late afternoon
DON’T walk around with damaged flip-flops
DON’T use public transport to get around

DO rent a bike
DO carry an extra pair of flip-flops
DO Mykonos Beach Bars hopping
DO tuck into a souvlaki at lunchtime
DO enjoy sunset
DO stock your own bar
DO leave the heels at home
DO try out different beaches around the island DO help; Only when requested…
DO mingle and be polite at all times

If you wake up the next morning after a Mykonos Beach Bar Party feeling terrible, there are ways to ease the symptoms.

Treatment involves rehydrating the body so it can deal with the painful symptoms, though the best time to rehydrate is before going to sleep.

Over-the-counter painkillers can help with headaches and muscle cramps.

Paracetamol-based remedies are usually preferable, as aspirin may further irritate the stomach and increase nausea and sickness.

Sugary foods may help you feel less trembly. In some cases, an antacid may be needed to settle your stomach first.

Bouillon soup, a thin vegetable-based broth, is a good source of vitamins and minerals, which can top up depleted resources. Its main advantage is it’s easy for a fragile stomach to digest.

You can replace lost fluids by drinking bland liquids that are easy on the digestive system, such as water, soda water and isotonic drinks (available in most shops).

“Hair of the dog” – drinking more alcohol – does not help. Drinking in the morning is a risky habit, and you may simply be delaying the appearance of symptoms until the alcohol wears off again.

If you’ve had a heavy drinking episode, hangover or not, doctors advise that you wait at least 48 hours before drinking any more alcohol to give your body tissues time to recover.
Hangover Remedies, by NHS
http://www.nhs.uk/Livewell/alcohol/Pages/Hangovers.aspx 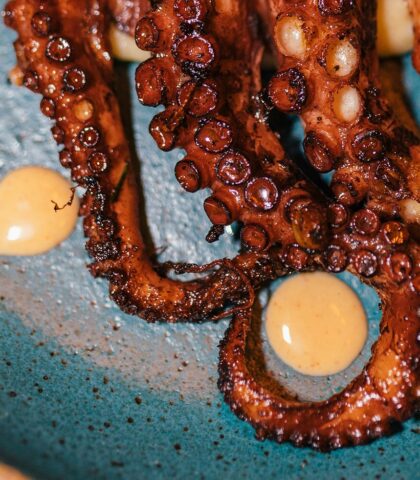 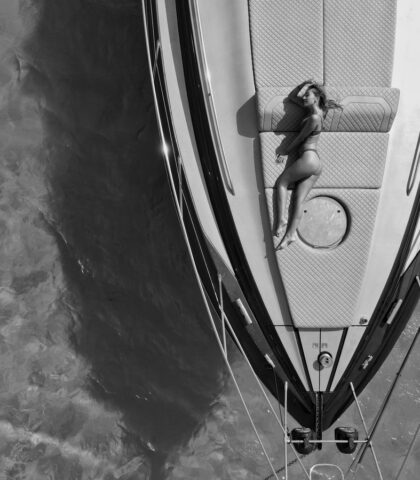 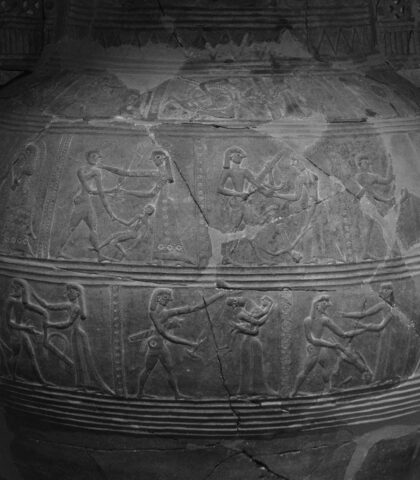